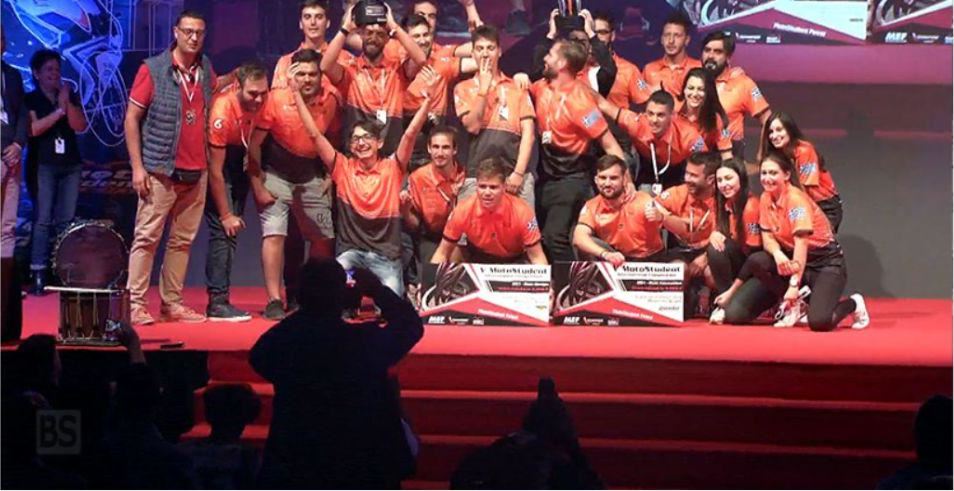 Tyφoon MotoRacing, the team of Mechanical Engineering students of the University of Western Macedonia, swept awards and first prizes at the MotoStudent V International Competition in Aragon, Spain, where they represented Greece. In competition with teams from major universities around the world, Typhoon won two of the four prizes in the category Petrol. In particular, MS1 won the “Best Design” and the “Best Technological Innovation” awards. Our team also excelled in MS2 racing, taking the first place in acceleration and mechanical testing. In the categories maximum speed, brake test and gymkhana the team ranked 5th, 6th, and 11th respectively, whereas in pole position they ranked 15th (due to fuel problems) and 12th in the final race. MS1 and MS2 mean rankings placed our team in the 7th position in the general category Petrol, only 16 points behind the team in the 3rd position in a head-to-head competition between participating teams.